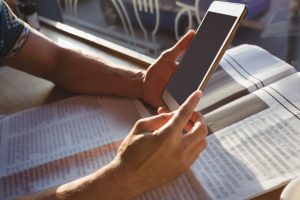 Research shows even Millennials, who have no affinity with traditional media, trust print more than other sources, particularly social media.

The Yellow Social Media Report 2018 (Australia) found 73% of those surveyed trusted traditional news sources, including print media — well above what appeared from news sources on social media (16%) or from friends and family posts on social media on what was happening (11%). As well, one-third of respondents admitted to reacting to something on social media that they later discovered was untrue.

Digital gets our attention, but print gets our respect.

The tangibility of print ignites senses in a different way to what we see on a screen. A marketing colleague of mine tells the story of how she was pitching an idea to a prospect. It was hard going until she presented him with a brochure…